UITableView is one of the most important user interface objects you are using in iOS development. However, there is one common mistake in using UITableViews that could drive you crazy.

Hint: This post has been updated to Swift 3 and Xcode 8

Take a look at the following example:

So basically we are displaying alternately an image and a text label. The result looks like this: 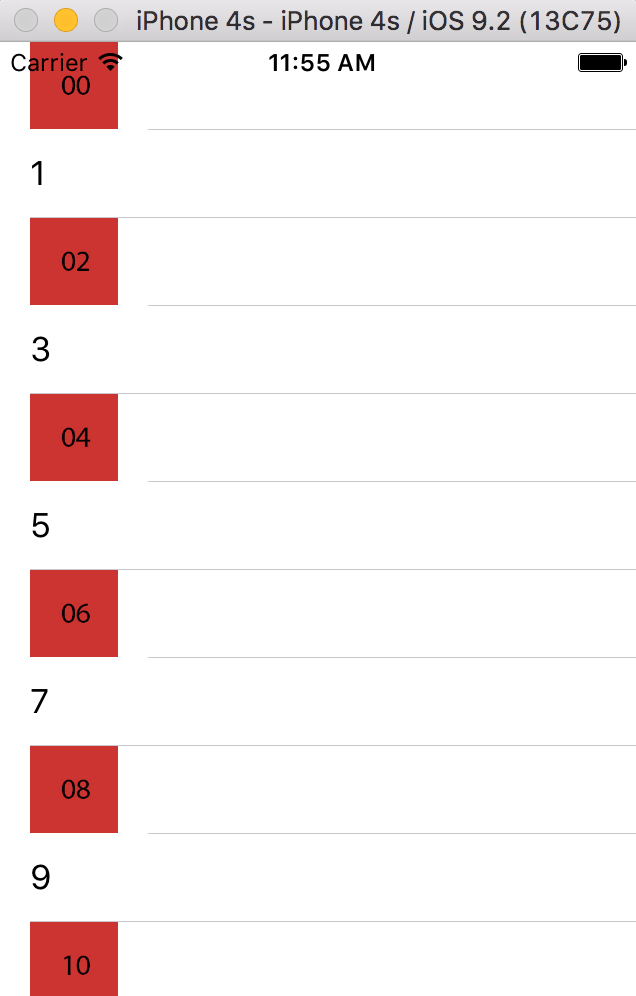 Everything seems to be fine.

However, if we scroll down, we’ll see that something is going wrong: 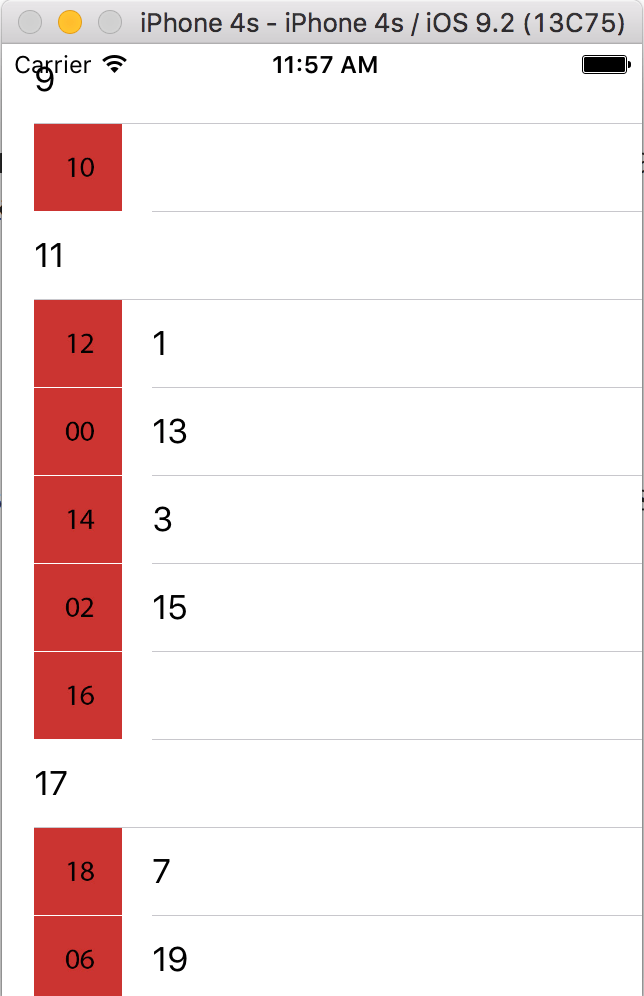 And if we scroll up again, the problem will arise as well: 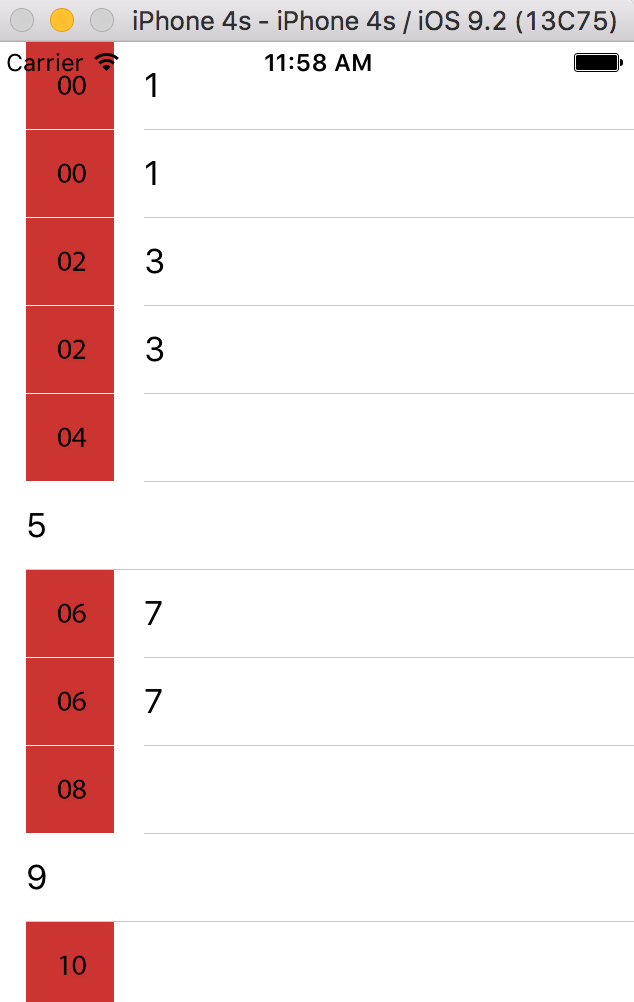 So what’s going on here? The answer is relatively simple: We are recycling the cells by using the method dequeueReusableCellWithIdentifier. And you should recycle cells because the allocation of views need a lot of resources. So let’s take a look at the following picture to understand what’s happening: 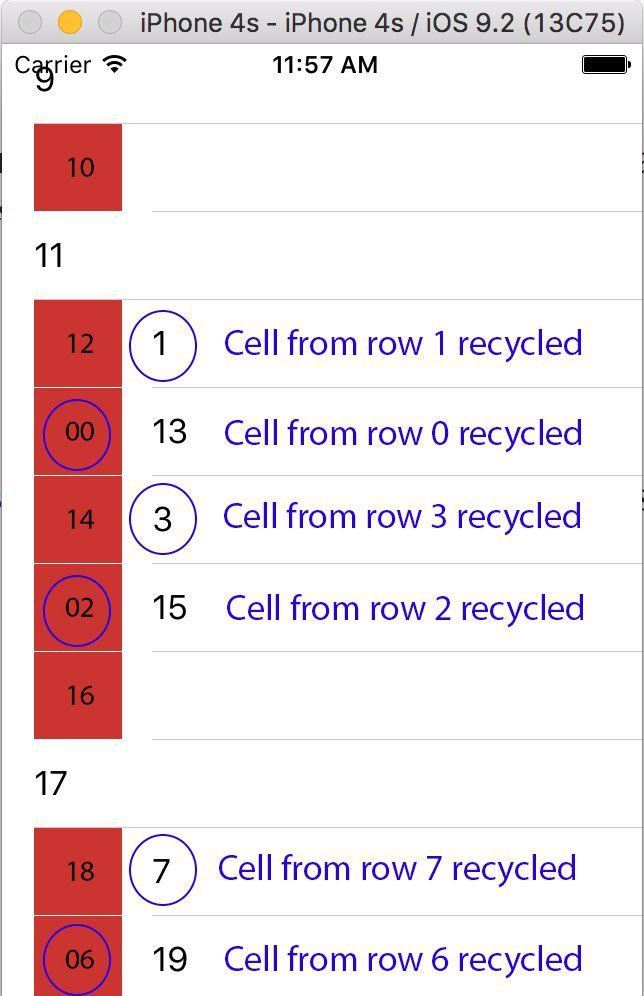 Let’s take a look at row no. 12. Since 12%2 = 0, the picture with number 12 should be displayed. In fact that happens, but also the label with the number 1 is displayed! That happens because the cell from row 1 is recycled. And since we are not assigning an empty value to the label, you can still see the 1.

Next row is similiar: It’s the row with the no. 13, so the label with the text 13 is displayed. However, the cell from row no 0 is recycled and since where are not removing the image, it is still displayed.

You can also see that the behaviour is not very predictable and that sometimes everything seems to be working fine. So every time you are scrolling the result will be different. Depending on the circumstances it could happen that this issue doesn’t happen very often, so that it is very hard to reproduce the bug. But it’s very common to make this mistake, even for more experienced iOS developers.

In order to solve the problem we just have to assign all properties all the time:

Now we assign nil, if the text or the image shouldn’t be displayed. And if we start the app and scroll down, we’ll get the following result: 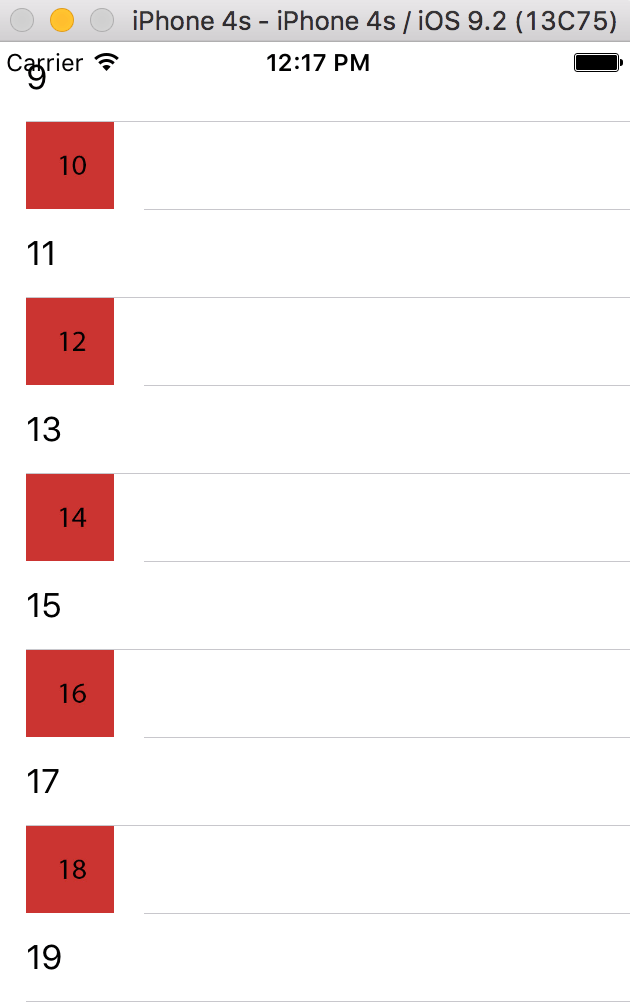 [thrive_text_block color=”blue” headline=”Conclusion”] If table view cells gets recycled and you don’t pay enough attention, some weird bugs can happen. But if you are always following the rule to always assign all properties all the time, nothing can go wrong.[/thrive_text_block]